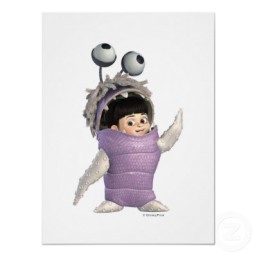 nope – not a halloween post. Also not a movie promo …

… rather it’s more a discussion some of the barriers to more people more seriously examining the nature of their existence and the pursuit of experiencing ever more of the presence of God (aka: being mystics) is that thanks to – largely – well – a lot of things. A screwed up history. Hollywood, and more recently the general media – presenting all things mystic related as LSD induced creepy-spooky bla bla bla.

And – mysticism is not occultism – though there are plenty in that realm who’ve claimed a perverted version of it. (actually – I have nothing to do with the occult – but that’s another post) There are some who can’t hear that word without immediately seeing all manner of images not Christ – and I blame Hollywood for that too. And – well – the church kind of abandoned mysticism, aescethicism and the like after the middle ages – so I guess it was up for grabs. But for all of Christianity’s existence before that – it was the bread and butter of the faith and the church today would be unrecognizable with out it.

Can the Christian mystic’s pursuit of experiencing the presence of God be redeemed from these images so often portrayed as the only kind of mysticism?

By common scholarly definitions – Jesus was a mystic. In some circles that could get me a free BBQ – if you catch my drift. For some – it’s much much more comfortable to see Jesus as a corporate raider – leading the race for the bottom through “competitive business practices” that would’ve made a Roman slave trader smile. For some there’s no worse slander to throw against Jesus than associating Him with anything mystical. But – it’s hard to deny that the peaceful carpenter gladly followed by people deemed unworthy of dignity by their day – and bitterly pursued by the religiensia. But even a simple reading of His recorded life – He heartily welcomed His followers to follow His example and abide in God – this is how He says we make ourselves recognizable as His. Not so spooky. No weird bla bla bla. No circus ride drug-trips. In fact – if Jesus example of refusing even the mildly drugging effect of wine while dying on the cross … well … He sets quite the example.

That all said – there is nothing more mind-blowing – or heart stretching or meaningful than a life wholly dedicated to becoming like Jesus.