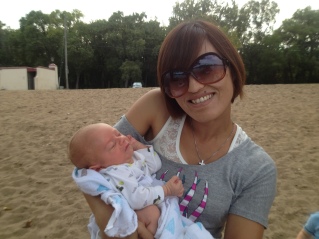 I had the opportunity recently to pose some comparative questions of a friend who is also a Taiwanese Christian. What a shame I didn’t more intentionally take advantage of the opportunity to take a peek into Christianity in another country on the other side of the world to craft some questions of greater value to answer. I’ll make a point of that in the future – and as luck would have it – I have quite a few friends who are of nations all over the world.

The question an answer initially started because my friend made a comment about giving significantly to help her church find a permanent home. As her church meets in Taipei – real estate is as pricy there as it might be in NYC or LA. As a minister doing ministry with college students without property – I can fully appreciate the opportunities I let go every day for lack of even a small space to call our own. A large church with a history of serving the needy in a large city must feel the pinch of organizational homelessness much more.

So – our conversation began spontaneously on ground where many American Christians never go – right to the topic of money. Seems my friend says that it’s quite common for Asian Christians (Asian as they live in Asia) to give 10%. While this amount might shock someone not familiar with the concept of a Tithe (Biblical term for giving 10%) – it is no surprise to many Christians – American or otherwise. My friend was incredulous when I quoted well-researched sources such as Christianity Today (12/2008) and Barna Group – that about 25% of those who attend church regularly give nothing at all per year – and only about 25% give a 10% tithe – the rest of the group gives an average of less than 3%. Sadly – these same regular church attending Christians who profess that their faith is very important to them – combined earn much more than many countries.

Now – my friend does attend a church that is probably doctrinally aligned more closely to that of the AG (Assemblies of God) churches in American – that’s a guess and my friend having never attended an AG church stateside couldn’t say for sure – and AG churches statistically fair better in the above reports – but … the real issue for me is why do we Christians in the US seem so locked into decidedly un-Christlike ways of thinking and behaving.

The conversation with Rola (my Taiwanese friend’s English name) continued …

Me: How do you and your friends view morality?

Rola: We know it is very important and while we do not have open conversations on the topic at church on Sunday morning from the pulpit – that’s not our culture – but we do talk about it in our cell-groups, with our close friends, and we all know.

She went on to give examples of new members of her church who had made significant life-style changes in response to their new understanding of Jesus.

As I said before – originally – I didn’t set out to “interview” my friend about her church or her friends’ convictions. We just wanted to catch up after 5 years and have a picnic on the river. So the conversation was hours long – and I did not take copious notes or record it – it was in retrospect that I realized at least some of the significance of the differences and similarities between my friend’s Christian community and the Christian communities common here.

Perhaps the biggest difference is that there is negative social pressure associated with being Christian in Taiwan. It’s an uphill battle. The country is largely Buddhist – a Christian there has to swim against the stream every day in a far more noticeable way than Christians in America where Christianity gets so fused and confused with culture, patriotism and politics. I’m sure it’s no easier to walk out a pursuit of becoming more Christ-like in Taiwan than it is here – but it is possibly clearer for my friend and her friends when they’re following Christ – and when they’re following culture.

In truth however – following Christ is usually clear for all of us – and moments of true uncertain grasping for the wisdom to discern the right thing to do are rarer than the moments in which I rationalize a departure from loving obedience to Jesus. I fear however – that the perceived economic pressures of this time, along with the ever present American dream and its own Jonesing throw a smoke-and-mirrors sort of circus trick that effectively confuses many good hearted Americans from dedicated Kingdom building and obedience – towards personal kingdom building – and irrelevance.